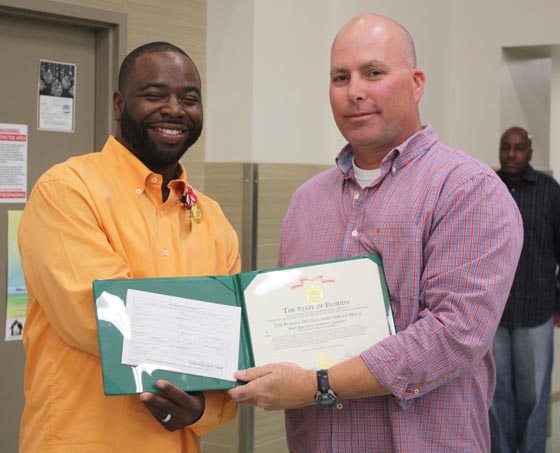 ST. AUGUSTINE, Fla. (Dec. 30, 2014) – Members of the 50th Regional Support Group and the Florida Counterdrug Program gathered at Mark Lance Armory in downtown St. Augustine on Dec. 19 to bid farewell to one of their own: Sgt. Maj. Robert L. Jackson. 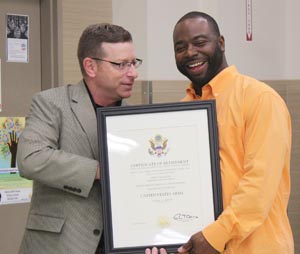 Jackson began his career more than 25 years ago in the United States Marine Corps in 1989 as an administrative specialist. Upon the completion of more than ten years of active duty service with the Marines, he transferred to the Florida Army National Guard where he rose through the ranks as an administrative and logistics specialist culminating at the rank of sergeant major. Since 1999 Jackson has served with Joint Force Headquarters, the 53rd Infantry Brigade Combat Team, the 50th Regional Support Group, and the Florida Army National Guard’s Counterdrug Program. During this time he deployed twice to Afghanistan: first with the 53rd Infantry Brigade in 2005 and lastly with the 930th Digital Liaison Detachment in 2012.

“Sgt. Maj. Jackson has been an integral part of our teams, both with the 50th Regional Support Group and with the counterdrug program,” exclaimed Command Sgt. Maj. Enrique Mendez. “We are all going to miss him.”